Born in Kenova, Michael W. Smith is a Grammy award winning singer, songwriter, musician and actor. Before he reached his teens, Smith developed a love of music through his church which led him to learn piano and join the church choir. Encouraged by family, church and community, he moved to Nashville in the late ’70s. By the mid-’80s, he was on his way to becoming one of the best-selling and most influential artists in Contemporary Christian music.

As he added elements of rock, his popularity crossed over to secular music. Smith has won three Grammys and 45 Dove awards, as well as selling more than 15 million albums which have yielded 32 No. 1 hit songs. He has written and composed scores for film projects, authored 12 books, and has acted in assorted motion pictures. Keyboardist magazine also named him one of the “Top Keyboardists in Rock.”

Smith has written songs for Sandi Patty, Kathy Troccoli, Bill Gaither and Amy Grant. In 2009, he was named one of People magazine’s “most beautiful people.” Smith is the founder and visionary pastor of New River Fellowship in Franklin, TN, and works with a number of non-profits to help change the lives of teens. 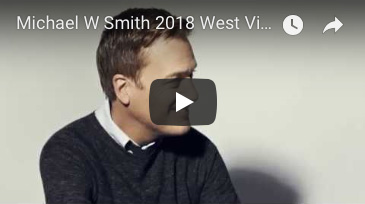